I was sitting at my dining room table when the voices on the other side of the wall went from a murmur to a sharp, clearly audible argument. In this apartment complex the walls are made of kleenex and spit, which means privacy is often at a minimum, especially if you’re unselfconscious in your own home. Which really, you should feel you can be. But the reality is that builders use cheap materials and what you’re doing and saying next door may be on aural display for your neighbors. In three of the many places I’ve lived as an adult, fights have erupted on a consistent basis on the other side of a shared wall. In one spot the walls were thick and it was the routine slamming of doors, kitchen cabinets and drawers that served as an indicator. In another place it was the shrieking of accusations by a woman to a man with a low voice, altercations that always ended in her bitter weeping. 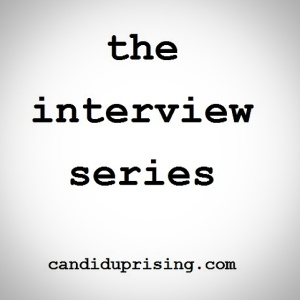 He offered to be interviewed when I put out the call for volunteers, and I knew immediately I wanted to hear about his experience of divorce, Initially I had wanted the series to be all about different peoples’ experience of sex–what they learned growing up, what constituted sex ed at at home/school, first experiences, overall attitudes. But with him I remembered getting a facebook invite to a party that was part farewell to a marriage, part estate sale. At the time I thought him and his soon to be ex-wife incredibly respectful toward each other and thus felt intrigued by his seeming drama-free divorce. He had “a lot of angles and spins on divorce in his head” which I found him quite open to discussing, as I sat in my car outside work, furiously scribbling notes while he spoke into the phone.

A man in his mid-forties, he had been in the marriage for ten years, divorced now for three. I told him about my impression of his “divorce party” to which he replied, “I’m sure we seemed very evolved. In reality it took a lot of drama for us to get there. Once we had decided we weren’t healthy for each other, if we ever had been, it was easier to be civil.” END_OF_DOCUMENT_TOKEN_TO_BE_REPLACED

He had written a guest post for us over the summer, and I knew when I conceived of the interview series idea, I was going to want to delve more deeply into how he had come to marry a woman who refused sex and subjected him to terrible emotional blackmail. From what I understood, she had used threats of self-harm, all the way up to suicide to control the relationship and his response to her from the beginning. How does a relationship even get out of the starting gate with that kind of dysfunction present from day one? How does it become a marriage? So what, they had gone right from sexual activity in his truck after a dance one night in high school, to her making threats to injure herself, right into a relationship? END_OF_DOCUMENT_TOKEN_TO_BE_REPLACED

I have a theory that when we’re in a vulnerable position, certain people come in from the margins, or near-margins of our lives, sensing an opening that might fill their needs. When we’re in a good place, we’re blind to the peripheral predators, some of whom move in plain sight. A friend told me at a wedding reception that her only fear about getting married is meeting someone else. I don’t think it’s possible to “meet someone else” when you’re in a relationship that’s honest, where both peoples’ needs are being met. If the relationship’s at risk, sure. That interesting person might be incredibly attractive and available, because you are putting out the call. If the relationship is working, the same person might pass by without the faintest notice. People stalk the periphery of our lives, looking for an opening, a way in, for various reasons. I advise my friends to keep a close watch of their inner lives, lest they attract the notice of one. It’s less complicated in the long run to make a decision based on personal honesty, than through another person. END_OF_DOCUMENT_TOKEN_TO_BE_REPLACED