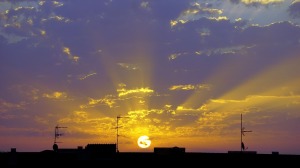 Some of the most dazzlingly beautiful moments in life are when I’m making amends for past bad behavior. Perhaps because I was in trouble often as a kid (at school, at home, at friends’ homes, in public) I’m more comfortable with being in the wrong than others. Of course, this comfort has made me both terribly antagonistic and great at apologizing. I admitted in an earlier post that I used to be an incorrigible mean girl, treating my classmates horribly from elementary school on up through the grades.  In fact, I only stopped the two-faced, shit talking, exclusionary cruelty when a colleague I was trying to make into a friend recoiled in horror when I tried to start a mean-spirited gossip sesh about our coworkers. I was twenty-two and getting much too old for that shit. It was eroding my soul, isolating me with my demons, leaving a trail of hurt feelings and broken friendships in my wake. Bad karma was everywhere, and my life was low-level, grinding misery, even when I permanently dropped the mean girl act. And then, I was unexpectedly presented with a second chance to do the right thing.

During the second year of graduate school, I took a class on group dynamics in counseling, which was entirely experiential, our professor encouraging us to “get real” with our classmates at every turn. We had a class session in a public park, where we sat in groups of five or so and went around the circle talking about heavy stuff, organically responding to each other. The goal of the exercise was for us to explore our interpersonal dynamics by sharing difficult truths and authentic reactions in the group. Our professor walked up to our picnic table, asked us what moment in our lives we were each most ashamed of, told us to discuss, and wandered away. She was casually intense like that.

We looked around at each other, uncomfortable, awkward and giddy, in a where’s-this-going kind of way. My answer had hit me like a lightning bolt, making me feel flush with a rush of certainty that yes, what came to mind was the worst, most shameful thing I’ve done. I’m going to tell you about it, just as I told the group that day. In that moment in the park, my shameful situation had not been resolved, the hurt still out there, dreams and plans I had crushed, cold calculations and manipulations designed to cause maximum pain in someone else, almost a decade earlier. I remember slumping forward, my body feeling shaky and sick. I was on edge. But I was determined to get real, because I trusted our professor, I wanted to trust the group, and I wanted to be an ethical, proficient counselor. How could I ask clients to face their worst and talk about it if I wouldn’t?

I was seventeen years old, a senior in high school. Mental health issues had struck my family several years prior, making life feel uncertain, unsafe and unpredictable. I was dealing with depression and impulse control, acting out sexually, allowing guys to use my body, yet desperate for a boyfriend and to be in love. In fact, my entire world centered on finding the right guy to love me. It was an obsession that kept me from having hobbies, doing activities or joining teams or clubs, trying anything, really. I spent all my time thinking about whoever I had a crush on at the time and how I would get him to date me. It never worked out or went anywhere.

A friend who was a year behind me in school had a boyfriend, and they had been dating for months. They were cute together, and happy. It wasn’t fair. I was older, and more experienced and I had zero boyfriends. It had been freshman year since I had had real a boyfriend and I was goddamn bitter. How could someone go for her when I was totally available and putting myself out there?

When I found out she and her guy had broken the rules and bought prom tickets (which was for seniors and their dates only), asking seniors to pose as their dates, I was livid. I had already asked two guys, both of whom had said no. One had asked to think about it and sent a mutual girl friend to reject me days later. Another had laughed in my face. It was looking hopeless, I was floundering and in a state of despair. There was no way she was going to go with her boyfriend and I wasn’t. So I took myself to the school activities office and ratted her out. Her tickets were confiscated. She had already bought her dress and made a dinner reservation. I knew all this because I was her “friend”. And it wasn’t enough for me to get her kicked out of my prom, I had to twist the knife. I asked to see her dress after school one day, shaking my head at how awful it was she wouldn’t be able to go, playing the wide-eyed innocent. She knew what I had done and refused to show me the dress. I knew she knew.

I told my grad school classmates this story, leaving out the part about my background and emotional issues. They sat quietly around me, barely breathing, taking in every awful word. They were reacting all right. When I finished they were silent, expectant. I could sense their shock and anger, an undercurrent of pity. I took a breath, facing them and saying, “I’m absolutely terrified as to what you all must think of me right now.” My voice shook and tears sprang to my eyes as I revealed the truth–what I wanted, all my life, was to connect with other people, the need so pressing and consuming I often went far astray, rejecting before I could be rejected. They began to speak, slowly saying things like, “we don’t judge you, but that was very cruel” or “we understand why you’re so ashamed” and finally agreeing that while my past actions were deplorable, it didn’t change my belonging in the group, today. Not much of a crier, I surprised myself; I sobbed with relief for a short moment.

“You know,” one of my male classmates ventured, “it’s never too late to apologize.”

The moment I got home that day I sat down and wrote a letter, pen to paper. Social media was in its infancy at the time, and pre-smart phones, people were only checking email a few times a day. I wrote furiously, telling my former friend about the class, and how with utter clarity I realized the way I treated her was the most shameful behavior of my life. I told her why I did it, because I didn’t want her thinking there was any reason for my cruelty other than my own fucked-up decisions. I decided not to ask for forgiveness, because I didn’t dare put any expectations on her. How could I, after that? The point of the letter was to reach back across the years and take my teenage self to task for being such a mean person, in front of her. I told her she deserved better, and that I wished I could have been a true friend. I would have benefited from a real friendship with her, and I had been too immature to understand it then. I wanted her to know she was good, and that I had been evil, regretting it ever since. Most of all, I wanted her to understand that the cavalier attitude I displayed back then while hurting people was gone, and that the full weight of my past bad behavior had hit me like a ton of bricks. I told her I was sorry.

Flash forward another six years. This is where life showed itself as unbelievably good and kind, because she trusted me with the opportunity to do her wedding makeup. An absolute honor and privilege being asked by any friend, sure. But when she asked I felt life was telling me, OK, here’s a second chance to do the right thing. There are few shared experiences as vulnerable and intimate and special as helping prepare a bride on her wedding day. I took the chance, took the hand of forgiveness she was reaching down to me, and put my whole heart into making her beauty shine on her wedding day. I learned something else too, that my friend’s wonderful kindness was more powerful than any darkness I had perpetrated before. I was being given a second chance, complete with behavior modeling, to be more like her.

To be continued Thursday…

1 thought on “Second Chances To Do The Right Thing”