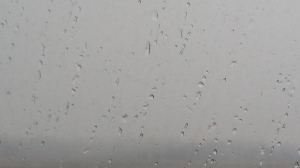 I attached a strong stigma to feeling lonely, believing this natural human state of existence to be a sign of a major flaw–being unlovable. Or worse, “lame”, that defeated state all kids, from middle school to college so desperately try to avoid. Being unlovable was one thing, a terrible sense of inevitable isolation, but being seen as lame, and therefore uncool, stung so much worse in the short-term. I’m not sure I can accurately calculate the amount of hours I spent alone in my room, or later my apartment, doing absolutely nothing other than castigating myself for not having more friends and interests. Desperate for someone, anyone to assuage the crushing sense of emptiness; the reverberating ennui. Being lonely was my biggest fear, and avoiding that natural state caused me to do impulsive and mean things. It made me the worst version of myself, someone whom I could not recognize, which, of course simply compounded the problem.

I think about being in high school, when it was absolutely socially unacceptable to spend the lunch hour alone, in the sight of others. It was crucial to be surrounded by others, or at least on the outskirts of a group. You could even get away with being half a pair. But if the lunch bell rang and there you were, standing alone, well, that felt like social suicide. It meant you had no friends and were lame, which would further repel others from you. In a school of 1,600 kids, I struggled to find one person with or around whom to spend this time. I did not have a clique, or crew, or group, or boyfriend, or girlfriend, or best friend, or sibling. Every day I was in danger of being alone during lunch, and every day the dread of my loneliness being exposed began to set in sometime around the start of fourth period, causing me to run through a mental list of options, of who might take me for an hour. Because the key to finding refuge was not to appear lonely and desperate, even if that’s exactly what you were.

There were three circumstances under which it was OK to be alone at lunch (without appearing lame), according to the unspoken social compact. It was OK to be alone if you were smoking a cigarette, listening to music, or reading a book (and you had to be a serious person to pull this one off). My walkman was old, and anyway, most of my music was on CDs and my discman skipped something awful and was a pain to carry around. I wasn’t seen by my peers as being literary enough to get away with reading (though I did a lot in my spare time), and anyway, what kind of extrovert wants to read during social hour? That left smoking, which I picked up and made a habit of, which I nurtured and supported for all four years of high school. By senior year I had mustered the courage to stand alone on the street corner across from school puffing away on a Newport, because smoking meant I had an edge, and therefore wasn’t totally lame.

See what an absence of a sense of self will get you?

Sometimes I was so frantic to connect I was willing to do and say things against what I believed, things that hurt others and myself. Things like talking shit about people, pulling that two-faced trick where you pit two people against each other. Things like hovering on the margins near people who didn’t give a fuck about me, who were cold and indifferent. Things like spending time alone with someone, but renouncing their presence in groups. Things like saying stuff I didn’t think or believe to fit in. Running myself spiritually ragged to avoid being lonely.

Oh my god, I was so lonely. None of my methods worked. The best I could do was to keep the gnawing emptiness at bay momentarily, staying one step ahead, then a headlong plunge into the depths. I did not know I had to start inside, to see myself as my constant companion, the person I could count on to be there for me always. I’m sure others picked up on my neediness and found it repellent. I’m sure the connection site was missing or hard to find for others, because it’s not fulfilling to be in a friendship with someone who simply mirrors what you do and say (well, unless you’re a narcissist). It really wasn’t until my alcoholic meltdown, when all the old structures collapsed, I began to awake to the truth–that I was what I had, the answer to my fundamental problem.

For a period of several years I filled my life with the right balance of friends, interests and alone time, and I didn’t feel lonely. I seemed to finally have the hang of things. For the first time in my life I was able to enjoy my own company, to relish having no plans on a Friday night, to see people when I wanted to without having to pretend I was someone else to meet their approval. I wasn’t hanging out with the kinds of people who required it.

It all started with me, though, with letting go of the shame I associated with being lonely. Almost a decade went by with almost no lonely feelings, and then they crept back in, so slowly I didn’t notice until they’d taken root. But this time, I know the first step to assuaging that normal, fundamental human condition is to look myself in the eye and acknowledge, I’m lonely.