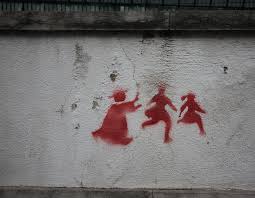 It wasn’t unusual for respondents to disappear into seeming thin air. You’d check the jail and prison records, search for social media accounts, call any number you could get your hands on, knock on the door at any related address. A different respondent had disconnected phone numbers and when I went to her address a toothless young woman sat in the window, looking out at the day. She spoke with me through her perch in the open front window, explaining that the respondent was her cousin, but that she had no way to reach her. An elderly woman moved around inside the living room, disengaged from our exchange. I sensed the cousin had information she wasn’t giving up, which meant I would have to come by the address a second time. Two weeks later I returned, finding the house abandoned. Peering through the front window I could see that every stick of furniture, every possession, had been removed, leaving the place bare. It was an odd sensation, and I wondered if perhaps the “cousin” had been the respondent. No way to find out now. The respondent’s file went to the back of the stack, right on top of Jane Doe.

Toward the end of the field period the data collection team spent more hours in the office, a room crammed with desks and ancient cubicle walls, fabric thickly layered with dust. We’d listen to music on someone’s computer speakers, searching online for clues, picking up our phones, dialling, hanging up. We all had respondents who were evading or eluding us, and everyone had their half dozen people they simply couldn’t locate. We would talk about our missing people, wondering about where they were, whether we would ever come across them, finally bag the interview. The PhDs upstairs were always going on and on about “eighty percent, eighty percent” their target response rate, and our managers met with us weekly to go over our cold cases. There was no stopping until that precious eighty percent were interviewed. Man, let them go out there and try to reach these people. It’s impossible! We would lament.

Where was Jane Doe? Who was she? Was she in trouble? What was her life? My mind turned these questions over and over, more and more frequently as my stack of incomplete files dwindled. I managed to reach a different respondent on the phone days after I’d shown up at her apartment, wedging our letter with a handwritten note in a sealed envelope into her doorframe. Contact! She blew up at me, unleashing a furious rant about disrespecting her privacy, invading her home, prying into her life, who the fuck was I, and how DARE I show up unannounced and leave a letter like that lying out for anyone to see? As I worked to stabilize the situation I thought to myself, I wish Jane would answer. I wish she would yell at me. Anything is better than this silence. I validated this respondent’s anger, telling her I understood her concerns, apologizing, asking if she would allow me to explain myself. We ended the call on a friendly note, with her apologizing to me for losing her temper, but staying firm that she would not do the interview. Would that Jane would refuse. Would that I could find her.

At the bitter end, as our team transitioned into a new study–the one where we surveyed high school kids about their drug and alcohol use and sexual history–I had just Jane’s file left. The other missing respondents had been turned over to our locating staff who would use paid searches and advanced investigative methods to find these individuals. I couldn’t let Jane go. I sensed that of all the respondents I had met, her story was of the hardest luck. I’d driven by the address we had on file several more times after her male friends had allowed me to leave the letter for her, and never again did anyone answer my rings. There had been simply nothing to go on, her friends beginning to feel like a figment of my imagination, an early-morning hallucination. I’m not proud of what I chose to do next, but as I said before, she was my white whale, and I had to know.

My fiance and I were housesitting late that fall, and one night we were hanging out in this plush living room chatting in general terms about our overlapping cases, what I had seen versus what he sees. As an attorney he would never find himself in the home of a parent, instead collaborating with social workers, police and healthcare providers, reading police reports, looking at x-rays, reviewing case files. He would come face to face in juvenile court with our respondents, his role to support the respondents’ social worker in their safety plan for the respondents’ abused and/or neglected child(ren).

Before I could stop myself I blurted out, where the hell is Jane Doe?

Not knowing if she was on his caseload, just longing for the relief of saying her name to someone outside of the research organization. Right?! He exclaimed. She was indeed on his caseload, and he too, had never made contact. She had never appeared in court, was lost to her social workers, a missing person. When her child’s case went before the judge it was just my fiance, Jane’s social worker, Jane’s lawyer shrugging her shoulders, and an empty chair.

I trusted my fiance never to reveal Jane’s role in our study, and this is how I justified breaking confidentiality. I had to know her story, which he filled in to the best of his knowledge. Jane was known to engage in sex work to support her severe drug addiction. She was homeless, an IV heroin user. When she became pregnant by one of her clients, she failed court-ordered drug tests repeatedly, the times she showed up. She had had another child who had been taken into state care previously, thus a new CPS case was opened at the time of her pregnancy, in protection of the developing fetus. At the birth, she and the child tested positive for heroin, and the state removed the child from her care immediately. Jane disappeared into the street after the birth, never to be heard from again. She missed each court appearance, and eventually my fiance, as an agent of the state, terminated her parental rights to her child. It was a devastatingly sad and desperate tale, what I might have expected as the backstory of an unreachable person. I tried to picture Jane, ducking in and out of cars, shooting up, alone and on the run, entirely under the radar, lost to the system. So where do you think she is, I asked. Quite honestly, dead in a dumpster somewhere, he answered soberly.