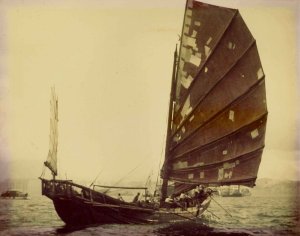 Loyalty was a quality largely absent (hidden?) both in relationships and the broader societal context, so much so I barely noticed. In fact the concept had become so distant and shallow I began to think of it only in the context of consumerism–brand loyalty. And even then, I was really only out for the best deal, most of the time. Could the same be said of my relationships? I’m not sure I even understand what loyalty truly means anymore, in practice that is. So I crowd sourced via social media for some thoughts on why loyalty has become both under-expressed and undervalued in the modern age. Understanding I’m part of the shift, if for no other reason than that I’m alive at this time, I wondered what I could do to bring it back. Because didn’t life feel better, less treacherous or unstable when we knew for sure we had people, communities even, behind us?

The people who responded to my query felt that part of the issue is that as individuals we’ve forgotten exactly what loyalty means, what it looks like, which ripples out into society. How could we possibly be intentional about something we can’t define or spot? Some see the current state of loyalty as half-expressed: championing one person or thing at the exclusion of another, a perfect example of misunderstanding. Nowhere does it say that loyalty involves the marginalization of this in support of that. Yet we’ve all seen this version–a couple you’re close to breaks up and you don’t know whose side to take…so you don’t take a side, but eventually you end up staying in touch with only one person, the other slipping away. Why does this happen?

Another person pointed out that passive-aggression appears to run rampant within modern interpersonal relationships, ruling out loyalty entirely. How can you create meaningful relationships people want to stay in when instead of honesty (that tricky cycle of telling the truth and accepting criticism) we’re relying on heavy irony to make our points? Or worse, going silent, no explanation given. Surely loyalty involves removing obstacles to a deeper connection via honest communication, and acceptance of such. Otherwise we’re saying nothing at all, or just what we think people want to hear. No one connects, no one grows.

The concept of “hyper individualism” was ventured as part of what’s causing the blockage. The idea was that as individuals we’ve become so involved with self-expression and its reflection on our various images (self, online, community) we’re losing sight of the importance of interpersonal connection. Losing connections to others does indeed render qualities like loyalty obsolete. It brings to mind the zillions of memes in circulation on social media describing some small aspect of relationships and how many are a variation on “an eye for an eye“. If they don’t care about you, walk away. If they don’t give you what you need, let go. If it’s not filling you up, leave. You can stack these up and they amount to “give nothing, until given something”. If we’re waiting to see if someone has our back before we cover theirs, well, we’re spinning our interpersonal wheels. Have we become so entrenched within ourselves, so fixated on personal liberty and an obsession with perfect happiness we’ve stopped depending on others, or even looking to others as a source for a fulfilling life? We’re doing it our way, putting ourselves first, and anyone in the way of our quest to be ourselves will be tossed out like this morning’s coffee grounds.

Another person pointed out that the staggering pace at which everything seems to be changing (a perception certainly enhanced by online media, in our hands at all times) could be causing the obscurity of loyalty. “It seems today that innovation, what’s new, and what’s next are what we value. Products are constantly being updated and upgraded, news feeds are changing, and players on our sports teams are traded. Loyalty is not something we see in practice very often, especially when it isn’t popular.” She went on to say that loyalty is what you express when no one is looking, when no one has the ability to “like” what you’ve done. But because of the rapid pace of information, we’ve lost touch with ourselves, becoming confused about what matters to us, rendering us unable to show devotion. What if we do stand for something and no one validates our position with a “like” or comment? We could be hanging out there alone online, and it’s not just adolescents who care about this shit. Or what if we buy a product and six months later something new comes out and we’re left hanging on to the old while everyone celebrates the new? Loyalty does involve commitment, and commitment is scary in a swiftly evolving environment. How isolating! How confusing! Wait, what was it we were talking about? I don’t know.

Finally, another person chimed in with a beautiful set of directives on what we could do as individuals to bring loyalty back to society, on a micro level. Her words are so clear, I’m simply going to quote her here for the benefit of all: “Be intentional in demonstrating support and reliability to those you care about. Acknowledge how much it means to you when they do the same for you. Surround yourself with those who are loyal, and encourage a virtuous cycle in which you encourage it in each other. Distance yourself from those who just don’t seem to value it — maybe not at the first offense, but some number of repeated lapses, or particularly egregious ones. You can be loyal to a potentially unlimited number of people simultaneously.”

I’m going to turn her words over in my mind, exploring them for applications to my day to day. While her ideas are simple, they’re complex to practice in a society moving on to the next big/new/shiny thing/relationship at a million miles an hour. And “virtuous”? What does it say that I equate the term with someone from a Jane Austen novel, as though the word has no modern relevance? I see how much I’m part of the problem of loyalty’s endangered status, and how much I’ll have to challenge my ways to practice it.

1 thought on “Loyalty Ain’t A Thing”