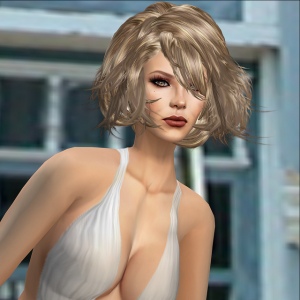 If you don’t follow Uberfacts, you are missing out on dazzling gems such as

252 million tons of pepperoni are eaten each year.

Approximately 49 moons could fit inside of earth.

Leonardo DiCaprio’s first onscreen kiss was with a man.

Then one day, sometime in the last year or so, Uberfacts told me that

My initial reaction was, ‘why, how sad. Friendships should last a lot longer than that.’

Then I took stock and thought about all of the friendships that I have which are more than seven years old. I had a few ground rules.

First, no family. I know people who say they are best friends with their mom. I knew a set of triplets back in high school who were ‘sisters by chance, best friends by choice.’

Second rule, no significant others. I don’t do ‘married my best friend.’ When I see that on Facebook or a wedding announcement or in an obituary, I simply don’t understand. That’s my personal view. You do you.

Third rule, what does ‘average’ mean? (Stats nerds are laughing) Ordinary? Normal? Unremarkable? Plain? Homely? Since words are tools and need to be used properly and precisely to have much meaning, I decided that ‘average’ doesn’t mean boring, run of the mill, hum drum friendships. Tonight I decided that ‘average’ simply refers to the length of time for the kinds of friendships that would really hurt you to lose. The people that you would actually notice if they disappeared from your life.

It’s about quantity, not quality.

The fourth rule: what is ‘friendship?’ Well, the relationships that would really hurt you to lose.

It’s about quality, not quantity.

And the fifth rule of Fight Club is…

I suppose it depends on how much work you put into cultivating and maintaining a ‘friendship.’

Well, we go out for happy hour… every payday Thursday.

We play basketball together on Wednesday nights… when we aren’t all too busy.

Our kids go to the same school… but don’t really like each other.

Maybe those are the kinds of people you consider friends. No problem, it’s your call. I hadn’t really put much thought into it until I moved away from a community where I spent 7 ½ years. That was pretty eye-opening. The structure of the workplace provides an easy medium for developing potential friendships. Because it is all based entirely on that singularly-defined context, however, it can be grossly misleading.

No matter how much work and effort you put in, there’s always a chance that you blink and realize it was all an illusion. A flimsy house of cards.

Sure, it can be like that with any relationship. But remember that when you are making friends with coworkers, you risk having a friendship built on a foundation of nothing more than the shared requirement that you all punch in at the same place every day.

I’m certainly not belittling work friendships. They make going to work bearable, even enjoyable. And if you see some people outside of the work place and you enjoy their company, life just feels that much better. I love working with people that I can hang out with socially.

But that’s not the point of my exercise. I’m looking at friendships that can and do exist outside of the job. Those that, when the time comes to sever the work bond and leave a job behind, survive and thrive. I have very few.

The four of us walked together at graduation and are still best buds ten years later.

My sorority sisters and I were all in each others weddings.

I was basically a freshman twice.

On top of that there were a million other kids just like me. All of us military kids were in the same boat. Every week someone you knew was moving away and you would never hear from them again. And it’s not like these kids were moving down the street, or across town.

Hey Bobby, let’s go to that German bakery off base after school next week! Sorry, can’t, I’m moving to Louisiana tomorrow.

Mom, can Jeremy spend the night this weekend? Sorry, Honey. He’s busy helping his family get ready to move to Japan.

Hi Joe, welcome to the school! Do you want to join the baseball team in the spring? Sorry, we’re only stationed here for four months.

And this was the dark ages: no internet. Email didn’t become mainstream until I started college. And forget phone calls. Cell phones were the size of cinder blocks and were restricted to movies like Wall Street. And long-distance charges? I can’t even imagine what it would cost to make a phone call from Germany to Pennsylvania in 1989. Probably five hundred dollars. You could always write a letter, I guess. And I did, once or twice. But two ten-year olds are going to have neither the focus nor the life experience to sustain any meaningful written correspondence.

Some of the communities where I lived had a pretty sizable civilian population, so it was always really weird to me when a kid was born in the same city where I would later meet them in middle school. I couldn’t imagine living in the same place, with the same people around me, for my whole life. I needed constant change.

Needless to say, I have zero friends from elementary school. Zero from middle school. I can count on two hands those from high school and college.

The one caveat that serves as the white elephant is the stack of Facebook friends that I have collected over the last decade or so, many of whom I knew from one of my earlier educational experiences. I like those folks, and do consider them friends to the degree that I may wish them happy birthday or like their cat videos. But almost all of them were long forgotten until we discovered social media and started stalking one another.

Don’t misunderstand. I had good, comfortable numbers of friends at all levels of school. It’s just that none of them lasted. My peripatetic childhood was at least partly responsible, my natural instinct being to churn and burn through similarly nomadic friends at a fairly rapid pace.

Plus I can be pretty hard to be around at times.

But that’s neither here nor there.

Uberfacts tells me that the average friendship lasts for 5-7 years. I can see that.

I just recently reached that mark with a bunch of people who I find are no longer in my life.

I’m well beyond 7 years with a handful of very special people.

I’m very early in the timeline with a number of other people whose company I particularly enjoy and I hope to continue to call my friends for many more years.

And there are plenty more that I know who are right in that 5-7 year critical time period. For all of those people, let’s enjoy each other’s company as much and for as long as we can.

Because the clock’s ticking.

Guest post by RMK, attorney for a paycheck, not a living.