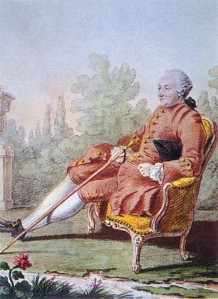 I tried again with Catholicism on a few occasions, in times dark and desperate. At sixteen I was chronically sick with Strep throat for a year and no medical treatment was working. I went to mass and took communion as a last-ditch effort towards a healthy body. I started exercising regularly around the same time. I’ll let you decide which healed me, because I was indeed healed.

At seventeen I had sex for the first time and was promptly dumped, then chronically used by the boy whose penis was the first to enter my vagina. I was terribly attached to him, and miserable from his rejection, yet desperate for more physical interaction. I went to mass to beg for strength, hoping it might be poured over me, so I could make myself whole. Kindly and sensitively, my dad discreetly took me to a Saturday night service, where a younger, anonymous-to-us crowd prevailed. He never asked why.

At eighteen, my new college friend group felt it was important for us to attend mass around Easter, so I went, to fit in. Many of them had grown up Catholic too, and felt it important to honor family traditions while away from home. The social pressure was there, so I thought I’d make one more honest go at belief, and while the rituals were familiar and reflexive, I felt nothing but boredom and restlessness. I looked down the pew at my friends, who sat quietly, going through the motions. I couldn’t tell what they were getting out of it, and we never talked about it.

I lapsed into a passive agnosticism. I prayed at night as I was falling asleep, and it was mostly a list of the people for whom I was grateful. I didn’t give much thought about whom I was directing this litany of thanks, really a superstition against bad luck, lest I appear ungrateful and court it.  I knew for sure I wasn’t religious, and while I continued to celebrate Christmas, I didn’t consider myself Christian. In secular Seattle, it was easy never to consider one’s spiritual/religious beliefs, because if you had them, you didn’t discuss them in the circles in which I moved. There was no impetus for religious conversation or contemplation. Once, a fellow student approached me on campus to ask me a couple of survey questions. The first, did I believe the Bible was written by god, was easy. No. The second, did I believe the Bible is the word of god, took me back to my Catholic school days where that belief was the foundation of every lesson. No, I said, realizing in that moment what I believed.

During my master’s program we were instructed to understand and explore ourselves as cultural beings, while building awareness of the resulting biases. This work was the foundation of the program, for the purpose of educating culturally sensitive, self-aware mental health counselors. We were urged by our professors to seek a clear understanding of our ethical and moral values and their origins. I spent that two year period thinking deeply about my beliefs, and came to grasp my atheism. The evidence from the visible world, as I understood it, indicated a lack of a guiding force outside physics. There was too much fucked-up shit throughout human history up to the modern age for me to reconcile with a concept of a higher power. I truly, totally felt there is no god, no afterlife, no guiding higher power, no pre-determined script. My belief that the universe is a random and chaotic place became unshakable, an idea both fearsome and comforting.

Throughout the course of my life I have not felt a connection to a higher power. There were fleeting moments during middle school, but I see now that those flashes were about wanting to feel something, to fit in. My values came from my parents, from conversation around the dinner table that centered on kindness, empathy, reflection and forethought. We didn’t read the Bible, we didn’t invoke religious or spiritual teachings when problem solving, searching for direction or explanations. For ninety minutes each Sunday we sat next to each other in a pew, going through the motions, lost in our own private thoughts. Religion didn’t enter the home, it was an external event.

As time has passed, my atheism has strengthened. Our endless, easy access to information about the world’s suffering is one reason. I simply can’t understand how a loving god would allow most of the horrific things that have befallen humanity throughout history. My feeling is that if there’s a god who is all-seeing and all-controlling, who master-planned this shitshow, they are an asshole. I reject the term “worship”. Why, if god is the end-all be-all, all things to all things, the alpha and the omega, why do they need to be worshipped by people? Like, if your self-esteem is that low, why would I look to you for guidance and truth? How is it that the clashes of the world’s religions cause some of the worst violence? To me, a loving god would intervene. I just can’t put stock in an almighty power when the world is such a revolting place. There’s no way I can look up to a being so insecure I’m expected to stay in constant contact, put them first in all things, and care about them more than anything else.

I need to believe no one is in control of this hot mess, that we are all plodding along together, collectively not very intelligent even for our big brains. I feel a greater sense of urgency to live in the moment, to practice patience and kindness, to exhibit the behaviors I want to see in others, precisely because I believe this is my only life. If not me, who? If not now, when? I strive to be a better person and to treat others well because of how I feel inside, not from a sense of expectation. I feel internally compelled to be good because I feel better when I am. Because I believe I am walking an uncertain path, alone, I’m driven to seek the love and company of others, and to develop coping skills and resources. I’m my own protector, caregiver and motivating force. I’ve been tested. I’m resilient and strong. I have myself to thank for that, and the people who have helped me along the way. My life is here and now, and I show myself the way.