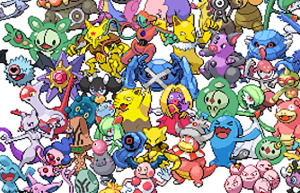 As a young child, my family didn’t have religion. We did a tree at Christmas, and a basket of candy at Easter, but that was it. I wasn’t baptized as an infant, my parents didn’t talk about god, and we didn’t attend religious services. My mom was raised Southern Baptist in Atlanta and my dad Catholic in Northern Minnesota. They seemed to have left their respective religious upbringings behind when they moved to Seattle as young adults. My earliest exposure to religion was during summer visits to my grandparents in Atlanta. My deeply religious grandma would read to me from the book of Genesis in the Bible to explain the creation of the world. “We didn’t come from monkeys, as your parents tell you,” she would indoctrinate, “we came from Adam and Eve, whom God created.” I can remember feeling skeptical as a six year-old, thinking that while the stories in Genesis were gorgeous, they didn’t really jive with my academic parents’ explanations of evolution and sexual biology.

I was taken to Sunday school at my grandparents’ historically beautiful 1880’s wooden church in the country. It was like entering a different world, where people talked differently than I (the Southern accents and molasses pace) about beliefs for which I had little context. One time I asked my grandpa, who acted as church treasurer where the money he counted from the collection plate would go. “We give it to God.” he answered, evoking an image of him and other church staff throwing handfuls of money skyward. Near the beginning of each service, the Sunday school teacher would call the children up to the front for a mini-sermon, before leading us to the back rooms for our class. I have a memory of her holding a one-dollar bill aloft and pointing to the image of the pyramid crowned by an eye. “Now children, what does this eye represent?” We had no idea, clustered together at the altar with the adults looking on. “Why, it’s the eye of God!” she exclaimed. I didn’t understand. Not her rich southern accent, or her assertion. What did god have to do with money?

On Christmas morning when I was ten, my parents decided we were going to church. I was curious as we set off up the street to the neighborhood Catholic church, to the likes of which I’d never been. The mass was long and full of readings, mantras, songs and rituals I didn’t understand. We were constantly standing, then sitting, then kneeling. My dad was entirely comfortable, reflexively getting back into the structure and patterns of mass. My mom and I followed his lead.

That morning we began a family journey into Catholicism. Within a year I would be attending Catholic school next door to the church, my mom would convert from Southern Baptist and I would be baptized, receive my first communion and be confirmed into the religion. My dad would write to the Vatican, successfully making a case to be allowed back into the church after his ex-communication for a previous divorce. Each Sunday morning would mean 10 a.m. mass, with new traditions of midnight mass on Christmas eve and mass every day of holy week, culminating in Easter services.

Initially, our family leap into Catholicism was confusing and surprising for me. Once I started sixth grade at the parish school, however, I anxiously desired receipt of the first three holy sacraments (baptism, first communion, confirmation) for the purpose of fitting in with my new classmates. They had been on the path since infancy, checking the boxes in a chronologically appropriate way. It was a little weird that I would be doing all three in a one-shot deal, but at least it meant I’d catch up, and no longer have to cross my arms over my chest at communion. I wanted the wafer and wine, too, not just the priest waving his hand over my head in the sign of the cross as a blessing. I just had to take the catechism classes at church for a few months and learn about the Catholic belief system, and I’d be communion eligible.

I had my first religious experience the night I became Catholic. It was the Easter vigil mass, a mood of darkness, fire and shifting shadows. As I stood at the altar, the priest poured holy water over my head. He presented me the body of Christ to eat and the blood of Christ to sip. He anointed my head with oil. He handed me a pillar candle to hold as he prayed and blessed me. I repeated the lines I had memorized during catechism and felt myself entering a new realm. In that moment, I honestly believed in a relationship with god, specifically Jesus. I was in, and I felt whole, wonderfully vulnerable and new.

It didn’t last. It turned out my school was a tough place, full of cruelty and hypocrisy radiating from the staff and students. It was a sick, closely knit, yet fragmented group. A young man in my class who had attended the school since kindergarten was expelled for behavioral issues. His home life was unstable and as an eleven year-old  he was dealing with an abusive stepfather and addicted mother. A set of twin girls who had attended the school since kindergarten were also expelled, for excessive absences. Their father had died of a heart attack a few years prior, leaving their mother without coping resources, plunging her into a severe clinical depression. They were victims of parental neglect, often coming to school unwashed and hungry. I struggled to make sense of the actions of school staff juxtaposed with the words we read in our Bibles each day about Jesus’ message of community, caring for the vulnerable, sharing privilege and unconditional kindness. Why did our teachers and priest stress the importance of helping the poor, broken and sick…and turn their backs on the very same individuals in their own community?

My cognitive dissonance came to a head in eighth grade when our teacher began a unit on the church’s concept of moral wrongs. Rape, war and murder all made sense to me as absolute moral wrongs. But then we got to homosexuality, pre-marital sex and abortion. The class had a lot of questions around the rationale for including those items, unsurprising for academic, liberal Seattle kids. Our twenty-five year-old teacher, a virginal, cerebral young woman from small-town Iowa began to stammer and lose conviction. She conceded that probably homosexuality as a moral wrong was outdated, and didn’t need to be considered as closely.

She had an answer for pre-marital sex, the old adage about sexuality being a pearl, and sex before marriage being mud, and why would you throw a pearl in the mud. The hormonal, horny group of teenagers became momentarily quiet, lest our inner desires be found out. The discussion crashed and burned when we got to abortion, due to our teacher’s extreme discomfort and several students’ outspoken views. She’d received a Catholic education straight through, kindergarten to college, and paired with her small-town midwestern upbringing, her perspective and exposure were limited, I realize now. Her hand flew to her throat and she gasped, face flushing then draining to white when a classmate daringly, angrily challenged her, “if you were raped right now, what would you do with the pregnancy?” She would not answer, she declared.

A week later our teacher hosted, in her classroom an extraordinarily insensitive anti-choice lecture (complete with aborted fetus slides) by a woman with no credentials other than her Catholicism and ten children. That was it for me. I knew Catholicism wasn’t the right fit for my personal values, and I let go of my faith and my desire to explore the church and its teachings. The pieces simply didn’t add up, in my mind, nor did I honestly embrace any of the central tenants, in the way they were being taught and modeled to me.

My folks wouldn’t allow me to stop attending mass each Sunday however, claiming it was important family time. I resented having to be up and out the door to make the 10 a.m. service. I resented my parents’ insistence on dragging any friend who slept over Saturday night with us. I resented not being able to choose for myself whether I wanted to be exposed to religion. I resented them for having me receive the sacraments at an age when I was too young to truly consider for myself whether it was the right choice for me. In an act of quiet defiance, I spent each ninety-minute mass fantasizing about having sex with whichever boy I had a crush on at the time. They could make me go, but they couldn’t make me listen or participate. At age fifteen I took the issue to the mental health therapist I was seeing and asked whether he felt I should continue to be forced into attending. He agreed with me that I should call my parents on their assertion of “important family time”, pointing out that Catholic masses are not an interactive family activity, while suggesting an alternative. It worked, as we were in an era where what our respective therapists’ prescribed was as sacrosanct as scripture itself.

To be continued Thursday….