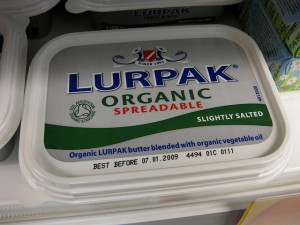 Continuing the conversation from Tuesday, guilt’s second main usage is a direct method of self-flagellation, when internalized. We justify it because we believe it keeps us in line, betters our behavior, proves we’re feeling, caring people. Wrong. It’s an avoidance structure, an emotional bomb shelter, a dark, close pit we can seal ourselves in when confusion or confrontation loom. Or conversely, it’s a hit of speed, an accelerant, that races us through decision-making that appears conscientious, glossing over tension and conflict, but twists us in so many directions we inevitably crash from the effort and anxiety. It’s false. And don’t feel guilty about it! I strongly believe that we are no things to no people when we’re not taking care of ourselves, listening to ourselves and being honest with ourselves. Guilt makes such an internal racket, it’s impossible to hear yourself think, let alone move forward. When you’re loading up on guilt, it’s not actually helping you be a better, more productive member of society. It’s insulating you from truly connecting with yourself and others. It’s a terrible power play you’re doing with yourself (see above).

My prescription for you if your life contains guilt perps is simple, and direct. When the guilt starts being dished up, leave the situation. Put down the phone, walk away, change the subject. Keep doing these things. It feels really awkward, and sometimes mean initially. It won’t come naturally, and your heart may race, imagined consequences dancing in your head. But you continue to act, and by doing so, you’re carving out a little more space for yourself, which you can fill however you like. Eventually the perp will move on, to a juicier and more willing victim. My grandmother doesn’t call me or write anymore, and that’s a good thing. By choosing not to have contact, she’s proved my theory that she saw me as a vehicle for meeting her needs, not as a person to love. I’m working on not allowing people like that in my life. In your case, it probably won’t be as severe, and you will have created room for healthier patterns to flourish.

If YOU are the guilt perp, trapped in a vicious cycle with yourself, it’s time to examine what the guilt is protecting. There are likely other emotions lurking that need to be acknowledged, and guilt is serving as a cover. What’s in there that you sense is too terrible to view? Having trouble accessing the internal because of the formidable wall guilt has built? Ask yourself what would happen if you didn’t engage in a guilt-driven behavior. Follow the sequence to the end, to the worst-case scenario. Look it directly in the eye, and breathe. Don’t concern yourself about what you’re going to do if it happens, or how you’ll get yourself out. Just observe. Now measure the taxes guilt is taking from you. Is it as painful as the worst case scenario? Balance them against each other. Keep doing this exercise. It may scare you at first, or make you feel panicked. But you’re not losing your bearings or putting yourself in harm’s way. You’re just slowly untangling yourself, and some parts will be stiff and sore. The more knots you untie, the more room you’ll have to move, and you can use that space for whatever you like.

Once you learn to let go of, and live without guilt, you will never go back. And together, we’ll teach more and more people how to disentangle themselves from this destructive emotion.

6 thoughts on “Guilt is Not a Productive Emotion: Pt. 2”