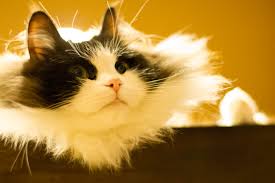 Simple, right? Cliché, maybe? Must be, because people say it all the time. Because it’s something you’ve heard all your life.

But have you listened? If you’re like me then the answer is a resounding, unequivocal, “No.”

It’s up to you, as an individual in control of your own life. What do I mean? Everything you want it to mean. Your life is your life. You have all the power.

Even if you believe in fate, destiny, or a predetermined path dictated by a higher power, the bottom line is that it is all up to you. There can be no path without the actions you take. From choosing to get out of bed in the morning to where you go to work every day. From where or whether you go to college to the people that you decide to date, marry or leave behind.

I never listened. Okay, so I did well scholastically, from the first day I crossed the threshold of Miss Sally’s Pre-School on the Presidio in San Francisco, California. I’ve never had any trouble getting good grades. I was the kid whose teachers told his parents, “He can be anything he wants when he grows up. He can do anything he puts his mind to.” For example, I can end two consecutive sentences with prepositions and not feel bad.

My problem is I feel like I’ve wasted all of that potential.

The trouble for me has always been the ever present “Yeah, But I Don’t Know What I WANT to DO” Syndrome. I haven’t done any research, but I am willing to bet that it afflicts many, many people.

I coasted through high school without much effort and got into the self-proclaimed best (public) west coast University north of California. I initially wanted to be an engineer because, well, it sounded cool. A civil engineer. Never mind that I did the minimum math requirement in high school and hadn’t taken a math class since tenth grade. I coasted, remember?

Well, you can imagine how long my engineering fantasy lasted. About two months.

I cycled through a number of other ideas and majors during my first two years. On a whim, after dropping my calculus class the very first day of sophomore year (I was as resilient as I was arithmetic-savvy), I replaced the void in my schedule by signing up for an English class simply called Reading Fiction.

I realized I loved literature and writing. I have always inhaled books. Way back in the dawn of my teenage years, as a way of coping with the stress of attending three middle schools in two countries in less than a calendar year, I started writing short stories. It started out as a class assignment in sixth grade that I managed to make into a satire of the Clinton Administration. Soon enough my classmates were asking the teacher if I could read my stories for the class (she usually said no).

The point for me was that I loved language arts. I loved writing, and reading, and discussing all of the ideas that went into a book, fiction or not. I loved learning about the world and doing so through the writing of others. I loved writing and I knew from an early age that I was pretty good at it!

A year after Reading Fiction, as a college junior, I eagerly took another class with the same brilliant instructor, something like Postmodern Literature. Again, something I never would have thought to take, and once again I enjoyed the hell out of it.

It seemed that I had found, if not my calling since I still didn’t know what the heck I wanted to do with my life career-wise, the direction I wanted the rest of my college experience to go.

So, finally, in the middle of my junior year, in the absolute final moment for an undergraduate to select a major and have enough time to get the credits to graduate in four years, I made my choice.

What I did I pick?

You are thinking, if not shouting at the screen, “Why on Earth would you do that? Did you forget that you are terrible at math?”

The short answer to your first question is, I don’t know. To the second question, I managed to fake it and took all the easy Econ classes that didn’t require math.

The longer answer to your first question is, I still didn’t know what I wanted to do, but for some damn reason I just thought that a degree in Economics sounded better than a degree in English. I thought it was something that I “should” do.

To be fair, I had at least a passing interest in Economics. But enough to justify putting that as a major on my diploma?

Not even remotely. But it just seemed like something that I “should” do, right? I figured that the job prospects for someone with an Econ degree were much better than those for an English major. Never mind the fact that I had absolutely zero passion for the subject. And the fact that I could barely add.

So I abandoned my love for no good reason whatsoever. Do it all over again? I’d pick English in a heartbeat.

In reality, though, I just saw my undergraduate degree as a placeholder. I always knew that I would go to graduate school, but again I just didn’t know what for. (Preposition alert!!!)

No passion, no direction. So, after I graduated, with no job lined up and having done absolutely zero research, not even a single attempt at reaching out to various graduate programs across the country to see what they had to offer, I decided upon the graduate degree that I would pursue.

I called my dad one day in June and said, “Dad, I’m going to law school.”

Don’t hurt yourself slapping your palm against your forehead.

That was more than a decade ago. I went to school, did well academically, again, but I never fully embraced my education and did not take advantage of everything it had to offer. I was just passing the time.

One of the best things I did was teach a high school class on the Constitution in my third and final semester as a law student. You know in the movies about teachers and schools you always hear, the “well, they taught me as much as I taught them” line? I had that moment.

The smartest student in the class asked me what I wanted to do when I graduated. In not so many words I basically confessed that I had no idea. He looked at me and said, without a shred of guile, “Wow. If I was going to spend that much time and money on school I would be certain it is what I wanted to do.”

Out of the mouths of babes.

As it happened, I finished law school, passed the bar exam, and took a job that I have, honestly, loathed about seventy-five percent of the time. Actually, make it eighty. I’ve gone to work every day over the last six-and-a-half years waiting for it to change. The problem? I just don’t know what I want to do. It has become an extraordinarily tired excuse.

I know other people in the same boat. Maybe you are one of them. Maybe you’re like me, in your mid-thirties, standing before another threshold, like at Miss Sally’s Pre-School, trying to muster the courage, the enthusiasm, and the passion to add meaning to your life. If you are going to work or school or wherever and you are not happy with where you see yourself, you aren’t doing yourself or anybody around you any favors.

I’m not there yet, so that either makes me the best person to take this advice from, or the absolute worst. I’ll be honest, I don’t have the nerve to quit a job that I hate. The silver lining for me is that I think I’ve reached the point where I know what I want to do. And I’m going for it.

Is it ever too late to make the decision to set your life on the path of your dreams?

Is it ever too early?

You just have to keep one thing in mind:

Guest post by RMK, attorney for a paycheck, not a living.