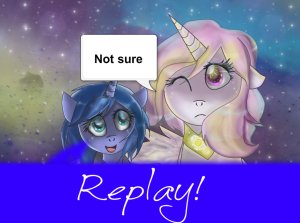 Allow me to freely diatribe on why I’ve chosen not to have children. As a younger woman, I used to think about what I would name my kids, and how many I would want, and at what age I might become a parent. I’m an only child who adored kids growing up. Spending time with them was my biggest hobby, in lieu of sports or clubs. When I was five, my folks moved us to a neighborhood that was on the verge of exploding with kids (in a white, middle-class way), and I was the oldest on the block. For a decade it seemed like about two or three kids were being born each year, and I used to spend time with the neighbor women while they were pregnant, full of questions and excitement. When I was about eight, I began to offer what one neighbor branded “toddler entertaining services”, since I was deemed too young to babysit. This involved spending hours with kids, playing with them while their parents got stuff done around the house. At eleven, I took a babysitting class offered by Seattle Children’s Hospital, which went over all the basics of first-aid, CPR, and best childcare practices. I was certified, and for hire. Business was great. For the next ten years I was regularly employed within a mile radius so parents could work beyond school hours, or enjoy a night out. I took care of this group of kids from the time they were in diapers until they were old enough to be home alone. I’ve experienced, up close and personally, developmental stages, gender differences, and sibling relationships. I’ve meted out discipline, administered medication, expressed unconditional love, had the sex talk with kids of all ages. I’ve even cared for teenagers, because my relationships with my charges often lasted beyond their need for supervision. I was a natural, and I believe I made a lasting impact on the lives of each of these kids, all of whom made it into adulthood (yay!).

I’m an incredibly nurturing person, and capable of love without condition, and fiercely protective of my people. I do not want to be a mother, and I do not plan to have children. It began to dawn on me when I was about twenty, and sitting at a neighborhood potluck listening to the parents (all of whom had children for which I’d cared) gripe about behavior issues, disgusting illnesses and general disgruntlement. It came over me in a wave that I didn’t want what they had. The realization was a shock, as their talk sickened me. I looked around the group and saw frumpy, middle-aged people who had given up their lives to raise kids who were now giving them hell. It looked gross, and unappealing. When I verbalized this, they laughed and told me I would do it all too, and understand some day, in the most patronizing of tones. Disgusted, I excused myself. I couldn’t reconcile the feelings I had for each of their children with the scene and banter on the porch. I tuned in to my misgivings and came to understand over the next couple of years, that indeed, I had no interest in joining the tribe of parenthood. I had no biological urges (which several of my friends and acquaintances were feeling strongly), and when I examined the sacrifice, and reality involved in becoming a parent I had no intellectual or emotional urges either. I had believed I would one day have a child, because that’s what people do. Without realizing it, I was walking blindly down the prescribed societal path—college, marriage, career, kids. When I paused to look inside, it was glaringly obvious I had no interest in parenthood. Thank you, neighbors for having that potluck, and that conversation! And thank you, for allowing me to play a huge role in the lives of your children.

Emotionally, having a child makes sense to me. I loved the kids I babysat to their cores, all of them. I was wholly devoted and committed to them. It felt wonderful when they chose to hug me, or drew me pictures, or asked for me at bedtime. I enjoyed watching them grow and discover the world, and themselves. Financially and intellectually, having a child makes little sense. It’s a lifetime commitment that binds you, irrevocably, to several people—the partner with whom you conceived, and the child(ren) themselves. You’re on the hook for everything the child needs, and it ain’t cheap. When I’ve asked people why they’ve chosen to have a child, they’ve said things like, I want a family, or I want someone to take care of me when I’m old, or I want someone to love, or I think it’s important that smart people like me procreate, or I want to see what my partner and my genes would look like together. I call bullshit on all of these answers, and I challenge them. Every single one is about the parent, and not a single one is about the child. I want to remind people that there are zero guarantees, and any self-centered reason could be smashed to bits by life. There is no guarantee that your child will provide you with a sense of family. There is no guarantee your child will live until you’re old, or that they won’t be dependent on YOU until you die. You may have a child with a personality so different or similar to your own that loving them is hard. You may not like your child, and they may not like you. There are no guarantees that your child will be smart, that they won’t have special needs, that they won’t become severely drug addicted or a sociopath. Someday you may grow to resent and even hate your partner, and the genetics you tossed together to make the child will serve as a constant reminder to you of that person. For me, life is too messy, and too filled with risk to take these chances.

My early adulthood was largely an unhappy struggle. I wanted to drop out of college, I dealt with alcoholism and depression, I lived through a dip in the economy (right when I graduated from college), I was directionless with no interests or dreams, I was broke when the Great Recession hit, and got into massive credit card debt. I lived in isolation with a partner who was struggling with major mental health issues. I scratched and clawed to keep myself together and not relapse, after losing a ton of friends that way. My twenties sucked. At last I am living the life I want, and while the future will never be certain, I’m not willing to give up this hard-won life for a kid.